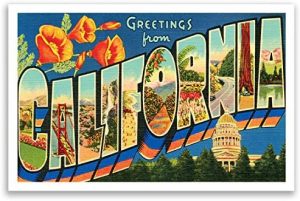 Nowadays, when multiple people send a postcard, it is customary that each person signs. Not to do so could be taken as a lack of personal interest, or even of rudeness towards the addressee. Greek per­sonal letters from Egypt, most of which come from the Roman period (I-III AD) or later, form an interesting comparandum to this practice, because multiple senders and/or addressees were often invol­ved in the commu­nicative act. Not unfrequently, we find that the sender him­self, or people in the sender’s social circle, sent along salutations to the addressee, or to people in the addressee’s social cir­cle. Scholars believe that in such con­texts, all of the people who were sending their salutations potentially had their say in the com­position of the letter, and that letters, once received, were read aloud to a group of people, most probably also including those who were saluted. Letter writing as a social event, in other words!

A nice illustration of this common practice can be observed in a second-century letter, from Tasou­charion to her brother Neilos (BGU II 601 = TM 28189, https://papyri.­info/­ddbdp/bgu;2;601). Quite stri­kin­gly, Tasoucharion spends the same amount of lines (thirteen) to her main message (about cer­tain business matters), as she does to the salutations:

“I salute my sister Taonnophris and the daughter of Bellaios. Didymos and Heliodoros salute you. Ptolemaios and Tiberinus and Sarapion salute you. I salute Sarapion son of Imouthes and his children and Somas and his children and his wife, and Heron and Tabous and Ischyriaina. Satornilos salutes you. I pray for your health. Tasoucharion salutes Pe- and her children. Helene salutes my mother warmly and her brothers. Chairemon salutes you.”

In antiquity it was uncommon for each person to sign the letter individually when there were multiple senders and/or greeters – many people would not have been able anyway, since illiteracy was wide­spread, and personal signatures as we know them now were not in use yet. Still, multiple handwritings in one and the same letter are not uncommon: this is because letters were often dictated to scribes, even when the sender was literate and therefore perfectly able to write him/herself. In such cases, it was considered polite that the sender should at least close the letter with a farewell greeting in his/her own hand.

In letters that went beyond the family sphere, such as business correspondence and letters of recom­mendation, this practice also served as a form of authentication: it formed a way for the addressee to  verify the authenticity of the contents, comparable to the stamp of the ring of the sender in earlier times (as for example Mandronax’ ring, with a sheep as personal sign, from the fifth century BC). In some cases, we see that both the scribe and the sender added a farewell greeting, each in his own hand. Usually, the sender opts for a long farewell greeting of the type ἐρρῶσθαί σε εὔχο­μαι “I pray that you are well” near the body of the text, and the scribe for a shorter greeting of the type ἔρρωσο “farewell” at the bottom of the document.

Nevertheless, there are a couple of exceptional personal letters where multiple people do make an ef­fort to sign the document with a farewell greeting in their own hand. In one, fourth-century docu­ment (P.Herm. 14 = TM 33472, https://papyri.info/ddbdp/p.herm;;14) the opening has been lost, but we can assume that the letter was sent by a group of seven people, one of whom wrote the letter in name of all seven: rather than that the writer added salutations from the others in the third person (or pluralized the farewell greeting), the other six made the effort to add a farewell greeting in their own hand:

There is some interesting variation between these different farewell greetings: the first person, Korellios, refers to the addressee as his ‘son’ (probably not his real son), whereas the others opt for the more formal ‘patron’. Even more strikingly, the sixth and last farewell greeting is a salutation, rather than a greeting, and does not mention a personal name. It is written next to the first five greetings, which are all at the bottom right of the document, in larger letters.

Because the upper part of the text has been lost, we do not know well how the repetition of the fare­well greeting supported the contents of the letter. Another example from a slightly earlier date (PSI XV 1553 = TM 114331, https://papyri.info/ddbdp/psi;15;1553), gives us more insight. In this letter, Ptole­maios and Herodes inform Sarapion that they and their friends are occupying themselves with an affair that is of great concern to Sarapion. The letter is concluded by farewell greetings in three different hands (different from the body of the letter): we can assume that the first hand is that of Ptolemaios and the second that of Herodes, even though these people do not explicitly identify themselves. The third writer explicitly identifies himself as “I Theon”, and must have been one of the friends mentioned in the body.

In the examples that have been discussed so far, the senders show their involvement by writing the farewell greeting in their own hand. In a forthcoming publication, I argue that the involvement of multiple people could also be indicated through the repetition of the closing formula, even when the entire letter was written in one and the same hand. For example, in a business letter from the third century AD (P.Prag Varcl 2 51 = TM 14209; https://papyri.info/ hgv/14209/), we find the same closing formula twice, even though there is no change of handwriting. This seems to suggest that two people were respon­sible for the communicative act, who identify themselves as “Silvanoi” at the beginning of the letter – perhaps we are dealing with a father and a son who were both called Silvanos? Similarly, we sometimes find that one and the same scribe wrote the closing formula twice. Even though this could be related to the illiteracy of the main sender, we could hypo­thesize that the double closing formula suggested an involvement from the part of the sender, even if s/he did not write in her/his own hand.

These observations tie in with recent scholar­ship on the functions of linguistic repetition in modern languages, which has argued that repetitions serve a limited number of ‘macrofunctions’. Repetitions can be used, for example, to serve textual, stylistic, or argu­mentative purposes. Im­por­tantly, repetitions have also been argued to have an interactional effect: among others, they are said to mark attention, involvement, and participation in the inter­action, which is arguably what we find in our private letters from Egypt. Scholars such as Wallace Chafe and his collaborator Deborah Tannen consider such involvement to be a crucial feature of oral language more generally, to be contrasted with the more disengaged style of written language. ‘Oral’ and ‘written’ should not necessarily be defined solely with respect to the medium: these notions can also be defined on a conceptual basis, which allows one to distinguish between texts that have a more oral character (such as the language of social media messages), and texts that have a more written character (such as the language of textbooks).

Getting your voice heard

To conclude, it is worth mentioning that people other than the main sender sometimes did have a chance to come forward more explicitly. A nice example in this regard is a long fourth-century letter from Taesis to her husband Tiron (P.Oxy. LVI 3860 = TM 33601, https://papyri.info/ddbdp/p.oxy;­56;3860). Taesis sends along salutations from three people, Arguris, Iouvinos and Tris­kentia, towards the end of the letter. On the next line, salutations from a fourth individual, Alexan­dros are given. These are first given in the third person, but this suddenly shifts to the first person, thus giving Alexandros his own voice:

“Arguris greets you, and Iouvinos and Triskentia. Your guest Alexandros greets you, with his wife and children, and I myself wore myself out writing you the letter.”

As can be seen, Alexandros had good reason for individuating himself: being a guest of Taesis, he had apparently offered to write her letter, a fact which he wants her husband, Tiron, to know. Clearly, Alexandros was not a professional scribe, a fact he consciously refers to when writing that he ‘fatigued’ himself. In all fairness, Alexandros did not do too bad a job: in contrast to some other private letter writers, he managed to maintain some consistency in his writing until the end of the letter, even if it was quite long, containing more than fifty lines.